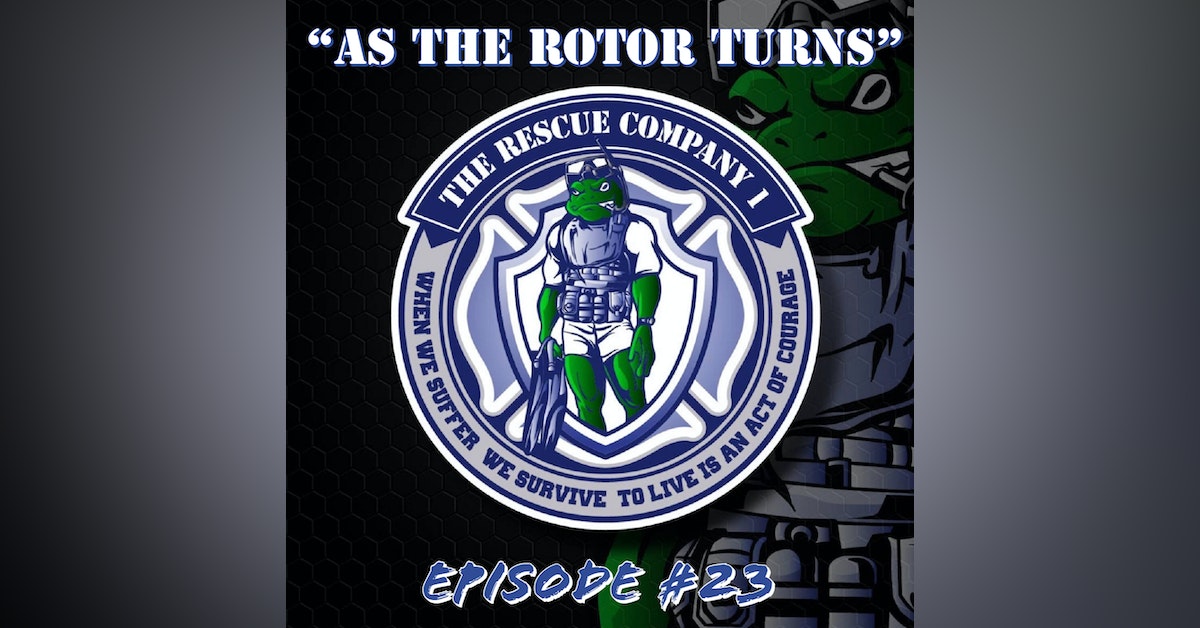 Welcome back to another episode of As The Rotor Turns! This is going to be another 2 part episode. We had a ton of fun with this episode and we had an amazing guest star bless us with his presence, Jason Rivera! Jason is a team member of ours that humbly slips between the cracks and somehow avoids being front and center. However, Jason is integral to the team, he's a wealth of knowledge, and has a ton of Worldly experience that he shares with us today. Jason has traveled the World as a member of the "Kings Of Pain" TV series crew as a paramedic, snake expert, and as the space that lies right between where the rubber meets the dirt road. Let's give Jason a round of applause as he tells us the story about when he administered the entire stock of Epinephrine to snake totin' fella that we'll call Damn-Dingo.

Cheers mates! Thanks for being here!